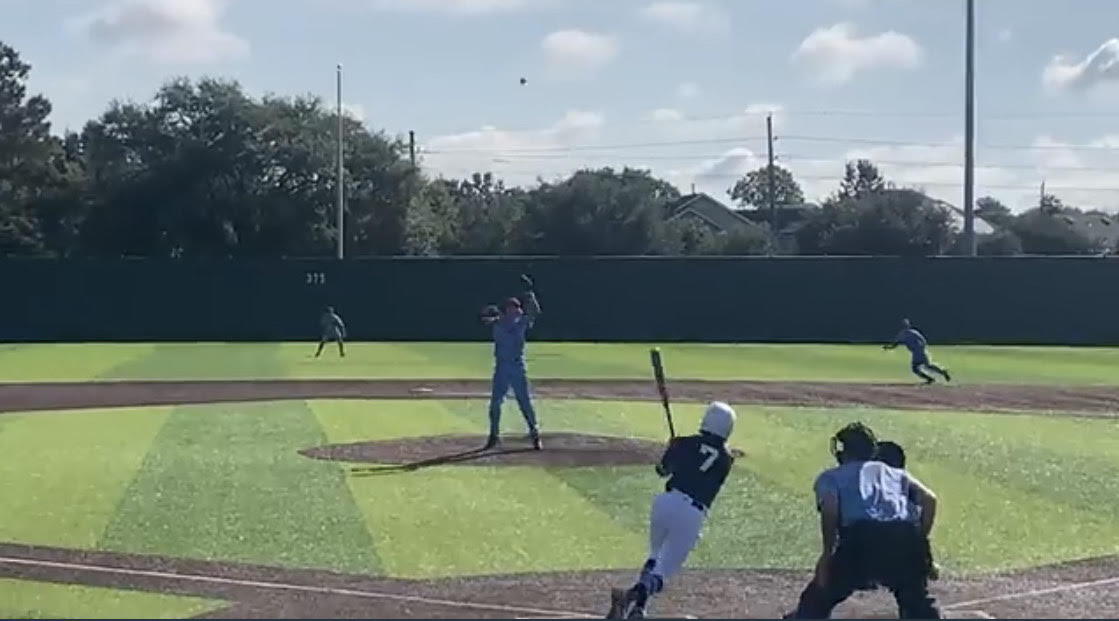 As the high school season winds down, the summer season begins. For Five Tool, that means baseball of almost all ages taking place almost each day across what seems like the entire state. And for younger players, the summer affords an opportunity to get better and get noticed. I spent time in the Houston area this past weekend seeing some of the Houston Regional competition at Houston Baptist University and Tomball Memorial High School. Here are some 15U scout notes:

(Note: Our social media team, as usual, did a phenomenal job covering the event, highlighting standout plays, performances and more. My notes focus on my in-person looks during the event, and I spent most of my time seeing the 17/18U action. Obviously, I can’t be everywhere at all times, which means some performances, teams and players will be left off unintentionally.)

Barbers Hill prospect and right-handed hitting shortstop Landon Davis did it all. He made all the plays, at least the ones I saw, defensively and showed some surprising range for a very young prospect who has yet to mature and add athleticism; he clobbered a bomb and finished the event with a .571/.700/1.429 slash line; he didn’t strike out once. The challenge of evaluating young players in this age group is so many have yet to come close to becoming the type of player physically they will be as 17-year-olds. So, the skill is what often sticks out and Davis’ really stood out.

More muscular and physically advanced than Davis, teammate Kade Ramirez (Needville) looked the part of a future two-way stud and threw a fastball that touched 82 MPH. His breaking ball, as many often are at this age, is a work in progress, but he showed some feel for trying to bury his curveball. Ramirez attacked hitters with a short arm action and showed his impressive athleticism with a very good, quick pickoff move.

.@Troskytexas 2025 Becker/Sequett RHP Kade Ramirez (@kade_ramirez_) looking sharp early. Has been up to 81 MPH with the FB and CB is an out pitch. Has 5 early strikeouts in 2 hitless IP.

Huntsville right-handed hitting outfielder Austin Taylor had interesting all-around tools and is definitely a player to track closely throughout his high school career. Playing center field came naturally thanks in part to noticeable speed and quickness and Taylor is a candidate to have solid-or-better tools across the board if he realizes his potential.

I left a big fan of Dominic Ozuna (Bellaire). From the left side in the batter’s box, Ozuna showed an advanced feel for the strike zone, plate coverage and tracking pitches; he carried himself like an older, more experienced hitter and had some feel for the barrel. Additionally, his maturity showed defensively where he handled plays with an experienced calmness.

15U @OFFSEASON_BB Straub’s Vincent Ozuna (@Vincentozuna02) smokes the RBI single up the middle and advances to second on the throw.

Let’s shift focus to another Ozuna, Vincent. Defensively, the Bellaire product showed quick feet, impressive range to both sides and good athleticism, which included making a really tough diving stop on a ball many players his age wouldn’t even get to. Offensively, Ozuna ran 4.4 seconds on a turn and created loud contact multiple times in the game I saw. Intriguing player.

Right-handed hitters Ashton Bell (Strake Jesuit) and Brooks Edwards (Episcopal) both had quiet events statistically, but both had noteworthy physical projection and noticeable bat speed. Austin Conte (Episcopal) fit the same description, but put up the numbers to back it up – .333/.455/.556.

15U @OFFSEASON_BB Straub’s Austin Conte crushes a double to the wall in left field.

The ball jumped off the bat of Pearland 2025 outfielder and right-handed hitter Gage Dopslauf. He hammered the ball into the right-center gap multiple times in the game I saw and also flashed some leather by making a sensational grab in foul territory to end a game.

BALLGAME!@TheHAthletics 15U Gold’s Gage Dopslauf covers a ton of ground and makes the diving catch in foul territory to end the game. #FiveToolTopPlay

Tall and thin catcher Caleb Woodcock (Homeschool) caught my attention in the batter’s box with his impressive ability to make contact and control his swing. The left-handed hitter should fill out considerably during his high school career and possessed athleticism, which really showed in his movements defensively and on the bases; typically, players at his age with his height and length can look a little awkward, and Woodcock certainly wasn’t that.

.@TheHAthletics 15U Gold’s Cale Dunham (@caledunham1) singles in a run the other way.